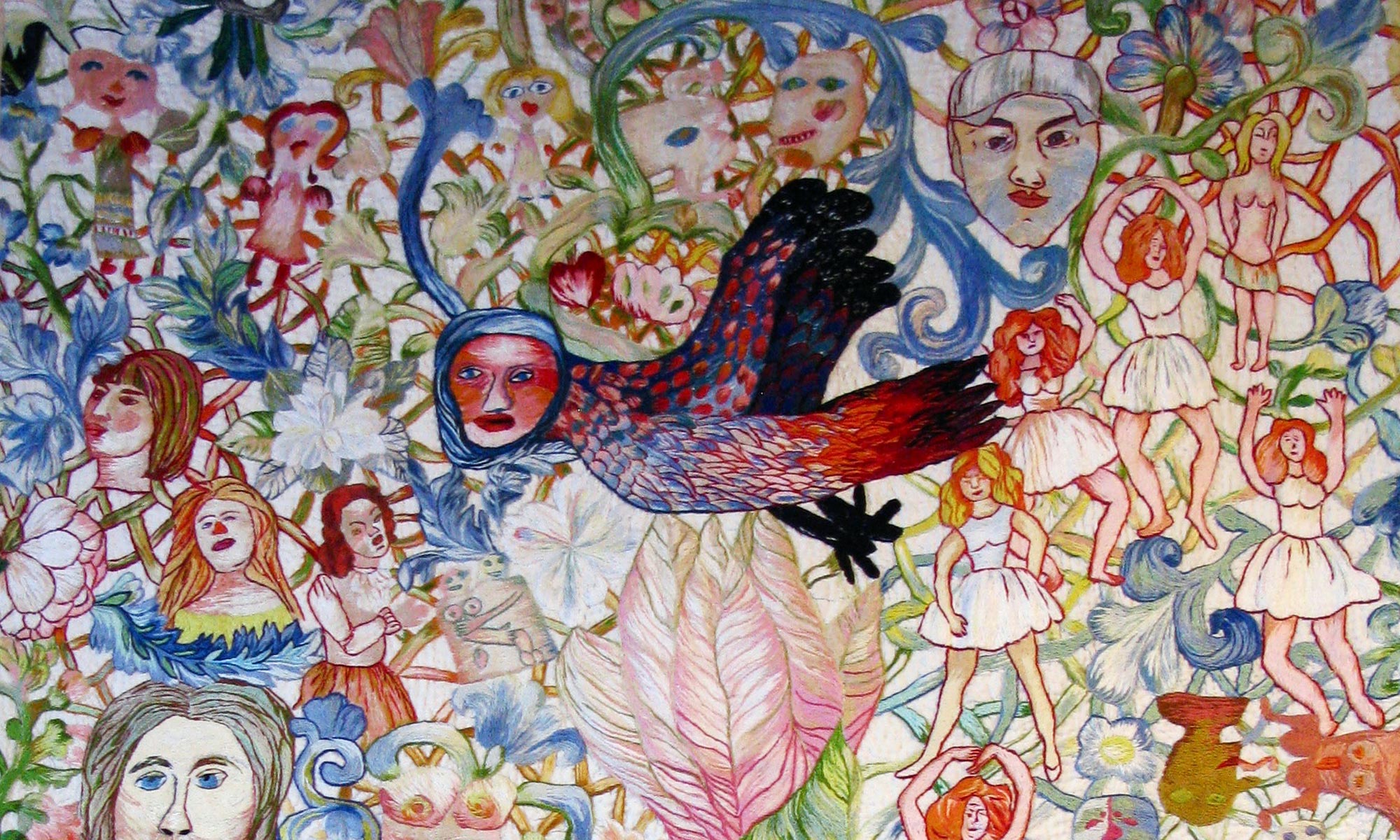 Anna Torma learned embroidery from her mother and grandmother; this art for her was part of a transmission going back far beyond these two generations. When we explore her fantastic universe, we appreciate the memory that inspires her. Born in 1952 in Tarnaors, she lived in Hungary until the age of thirty-six, when she settled in Canada. Her tapestries carry the trace of a blend of cultures, between traditional and contemporary western art and Chinese art, especially in her silk tapestries filled with dragons. This merging calls to mind the history of Hungary, a land of invasion and resistance, the history of its language as well, unique in Europe and source of Native American languages. Prior to the dragon tapestries, Bacchanales, exhibited at MOCA, is perhaps her most intricately honed work with its innumerable details. Two very colourful beings, between human and animal, a hybridity that we find in all cultures, both Christian and shamanic, first catch the eye. They maintain access to the work. We must escape the sensuality of their plumage and fur to enter. Then they are girls dressed in white, ballerinas or tennis players, that catch the eye again, making us believe this forms a whole, a scene easy to grasp. But there is the old queen with heavy pear-shaped breasts and a belly who has seen it all. A dominant female, she seems to lead the procession of girls toward a future of heavy breasts and bellies. The woolwork brings out the muscles of the bodies and faces like those of people flayed. That is perhaps what renders the human so receptive to the animal in this tapestry. This work is most complex of all Anna Torma’s production. In the great tradition of western tapestries, the background is floral vegetation, but in which little devils are concealing themselves, heads of little monsters and girls grinning disturbingly. The plant decoration has become an inner jungle.