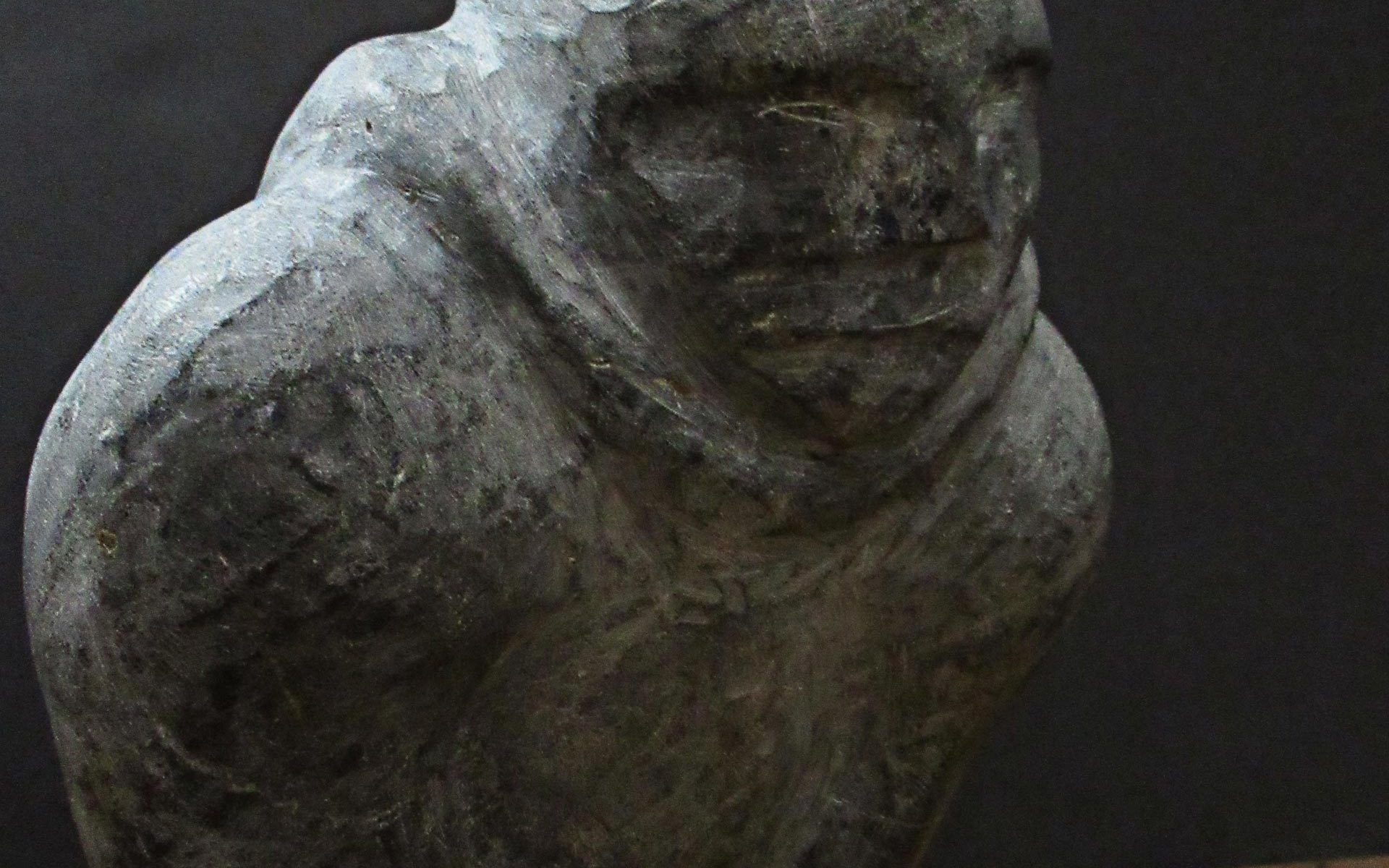 What is Inuit Art doing in a museum of outsider art?

Outsider art, for me, brings together artists whose uniqueness and strength of expression is not enclosed by any border or ghetto, whether ethnic, such as the notion of Inuit art, or cultural, such as the notion of art brut (raw art). Barnabus Arnasungaaq is a great sculptor, even, along with other Inuit sculptors, his works convey plumpness, due to dressing with boots, mitts and a hood, because only survival in the cold and the polar night can make the spirits that inspire him reappear. This plumpness is deceptive for Whites for whom they call to mind the roundness of their stuffed animals, only then perceiving with difficulty the depth and originality of a sculptor like Barnabus Arnasungaaq.

All his work is marked by his experience of survival and the nomadic way of life before, like all his people, he experienced the sedentarization imposed by the government of Canada, which, to achieve this, did not hesitate to exterminate their sled dogs. This artist continued all his life to eat from the animals he hunted, just as he tracked down in stone the muskox that hid there or delivered the Inuit (the word means human being in Inuktitut) who were confined there.

When he sculpted basalt, a very hard volcanic rock, his style evolved to go increasingly into the essential, to better bring out the forces at play in survival, in the bonds between humans, in the relationships of shamans with the world of spirits, and in the difficult and conflictual cultural mix between animism and Christianity. This mixing is revealed in its intensity and sorrow in a sculpture whose first side features a God with his beard, a very feminine swollen belly, and the claws of a bird of prey, without the whole appearing blasphemous, but when we turn it around, we discover the face of a jeering spirit.

When I saw one of his sculptures for the first time, it was a shock. It was a woman, recognizable from her clothing pointing downward; on each side her arms guarded a body with massive shoulders that slimmed down toward the legs. She imperceptibly moved forward her right foot turned outward and this movement, scarcely visible, accompanied by the raising of the shoulder, gave her even more power. The head was reduced to its most simple structure, eyes and mouth emphasized by lines drawn on the still raw dark stone with innumerable facets left by his scissors and that we would have thought polished by time and the elements. At the Inuit art dealer’s where this encounter occurred, his sculpture suddenly cast all others into the shadows. I believe that was the day I became a sculptor, even if it was only with my eyes; it took my hands took a few years to follow.

You were eighty when I was born; we were separated by millennia in our lifestyles and united in our animal and human memory by these same millennia; was it madness to let the impact of your work take hold of me to the point that it changed the course of my life?