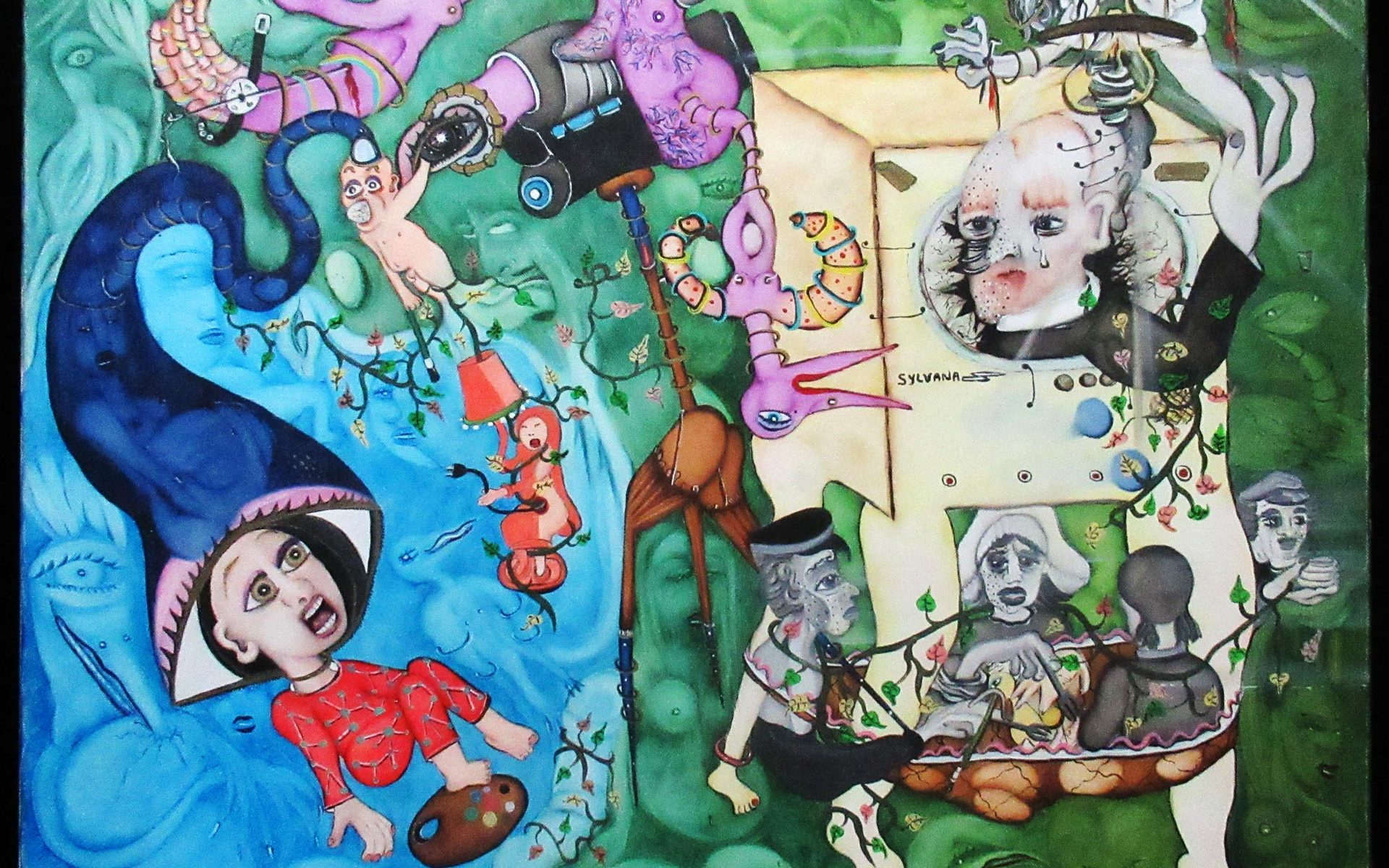 Born in 1955 in Alma. He says that at around age six, watching a movie on the life of van Gogh on television, he had the revelation that God put him on earth to convey his message to humans through painting. He became the postman of Arthur Villeneuve, the naïve painter who introduced him to painting. Like his master, who for thirty years worked as a barber, Claude Bolduc was a postman until he retired. Each of his paintings is like a letter awaiting delivery, waiting to be read. Each of us is its recipient. Whether his paintings describe episodes in his life, Biblical history, or his own mythology, all appear on a background filled with ghosts, monsters, and bodies arched in pleasure or torture. Some may think he is crazy to believe God has invested him with such a mission; what if, on the other hand, it was not only a way of becoming part of the history of western art, but also wisdom, recognizing himself not as the all-powerful genius of his work, but as one who transmits and shares what inspires him, a postman sending out letters that he wrote with his body and bringing them to us.