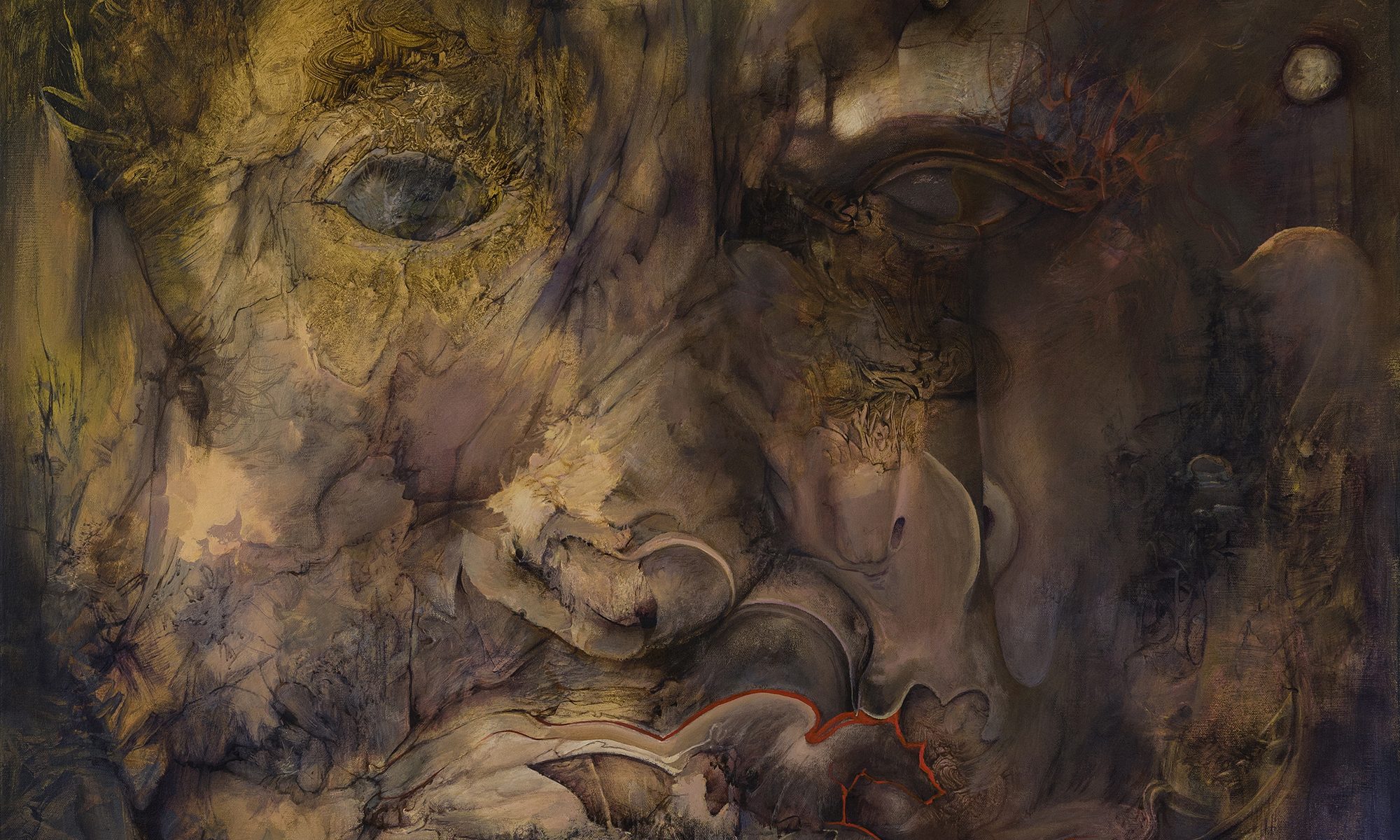 Jaber Lutfi’s paintings all tell a story. His twoVisages de Dieu (faces of God) exhibited at the Museum of Outsider Contemporary Art (MOCA), carry the traces of human suffering at the heart of each story. The first face that Jaber Lutfi painted only appeared to him as the face of God after he completed it. He told me that he was frightened and had to wait before being able to begin painting the second face. The second one is painted in warm tones, golds that perhaps come to him from the lost splendour of his native Lebanon. On this face there float planets as if it extended to the edges of the universe. But in this luxury and omnipotence, the eyes, milky and glassy, are those of a blind man. This face is that of a God who carries the blindness of humans. The other face is one of a God who carries their suffering. The tones are cold, in infinite variations between blue-grey and grey, iridescent and pearly. Perhaps this God is more Nordic for this Middle Easterner doubly exiled every year during the sixth-month Montreal winter. Northern lights are superimposed above the landscapes that appear to compose this face. But all this would perhaps have no effect were the faces were not painted in close-up, covering the entire space of the painting. While God often appears as a paternal figure, a face in close-up may awaken in us our first emotions tied to the progressive discovery of our mother. Perhaps that is why the painter himself needed time for this maternal figure to protect him from this mask of suffering and paint, hiding the unknown face of this God whom it is forbidden to look at: “No man may see my face and live.” We find this taboo among dominant males who consider being looked at in the eye is a challenge to their authority. Jabert Lutfi’s God lets us approach, looking at us with his eyes almost buried beneath the accumulated suffering of humans. The painter has restored this gaze to its original enigma: the enigma of the strength of a painting that rediscovers the memory of art in a highly contemporary way. Patrick Cady