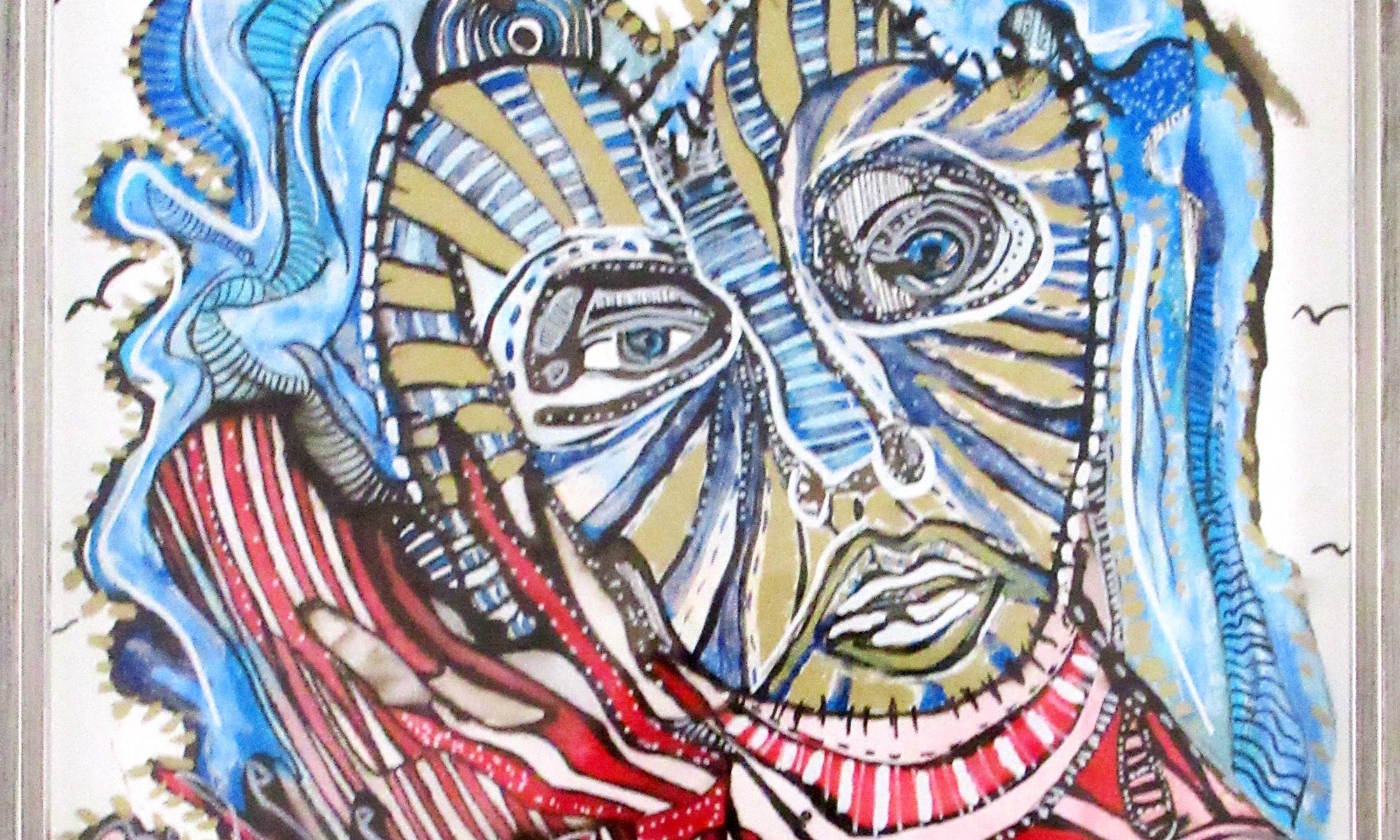 Before she was three years old, her godfather taught her to draw clouds, indiscernible shapes. I don’t know how a child under three draws a cloud; perhaps she meant to paint a cloud, which can be done with a blob. That perhaps explains the phrase that comes to her to say the beginning of a painting: “I spit out something.” You can spew out what you’ve learned, but spitting is finding again the impulse of a child who makes a blob with respect to the criteria of beauty, who spits in the paint just to see just how far the stain can go, like Fred Deux and Sylvain Martel (but it is with Danielle Jacqui’s doll’s faces and heads that she has a connection in the lines and the palette of colours, and not with the other two). Kasia Zaro adds: “sometimes in closing my eyes.” Perhaps we must always close our eyes to begin to paint. Perhaps what we close our eyes to will then be able to appear. I should speak of Kasia Zaro’s works rather than let myself be mesmerized by these questions without answers, but it is her portraits who ask me them, her figures that stare me steadily in the eye, a gaze from faraway, from the long-ago times of icons. To some she gives the effect of a stained-glass window; some are even painted on cardboard perforated by a text in braille that makes one want to touch the painted face. There is something elusive in the emotion painted on these faces darkened by no cloud. Patrick Cady