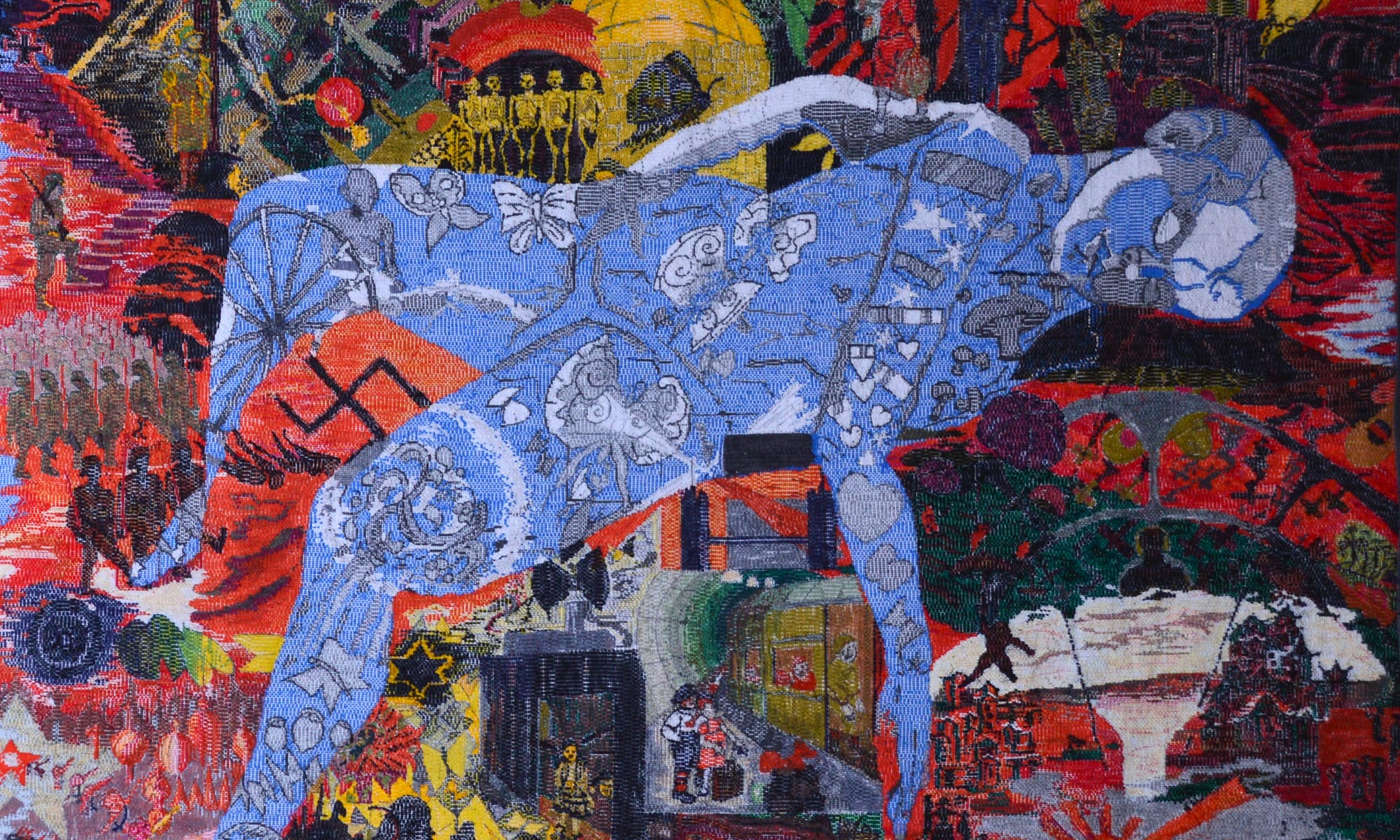 Born in Niagara Falls in 1943, she found her way to Montreal where she lives with her tapestries lying atop one another on a canopied fourposter bed. For thirty-five years she has been creating needlework using wool, cotton and silk. Her mother and grandmother taught her the method. In terms of art, she doesn’t know how it came to her: perhaps from the imagination and fantasy of her Irish family that emigrated to the southern United States. She doesn’t talk about Mary-Lou Freel, but some of her tapestries speak for her.

Her father was a jazz pianist. She herself intended to be a pianist, until her first concert, which would be her last. She was incapable of playing in public. Years later, the pianist became an embroiderer, and silence now accompanies her threads and their knotting. Each of these tapestries tells a story where time is blurred like in a dream, where memories of the family and of Ireland, its paganism and Christianity, of Antiquity and the human race join together to form a strange patchwork.

Late in life, she wanted to go to university, wondering if she should study textile art; in terms of what interested her, she said she learned nothing.