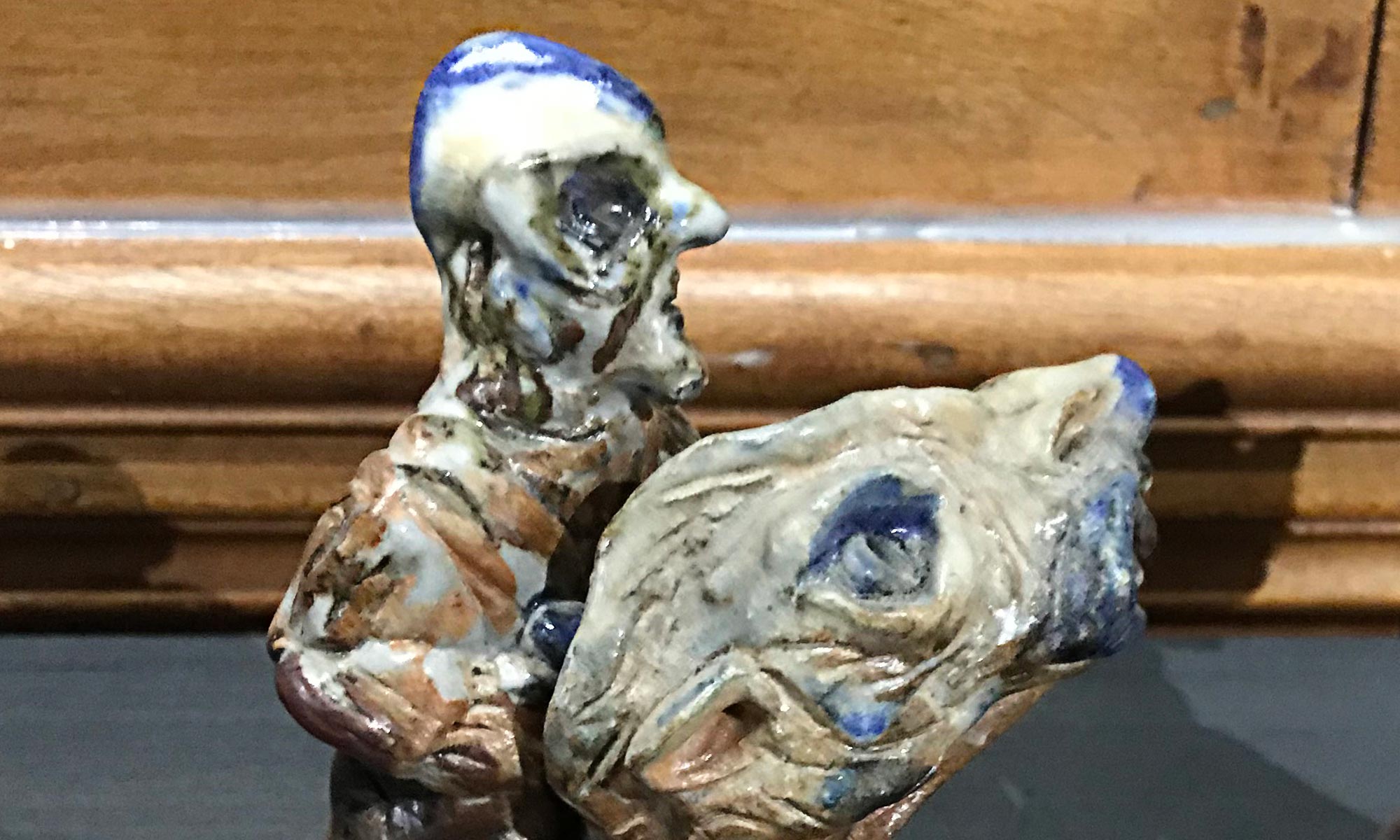 He took all his art classes, did what his teachers expected of him: this made it clear that something essential inside him was missing. His suitcases were too full, so he left to empty them out a bit at each encounter with the other that drew him closer to himself. He lived in Asia where dragons still reign; in Japan he discovered raku technique, its unpredictability suited to him. He went to Mexico where death without taboo becomes the life of art. In Europe he found the memory of medieval art with its gargoyles, devils with their razor-sharp fangs, and hybrid animal and human creatures, like birds with human heads perched on the capitals of columns beneath cathedral vaults ─ the same blend of human and animal that are at the heart of Inuit art, just to the north of his home province of Saskatchewan. When the White men brought them clay and kiln, the Inuit produced shapes, some resembling those moulded by Shawn Mackniak. Mackniak: strange ─ it sounds like an Inuit name. His art remains that of a nomad, an artist who shows us that you never finish exploring this precious material that is the earth. Patrick Cady