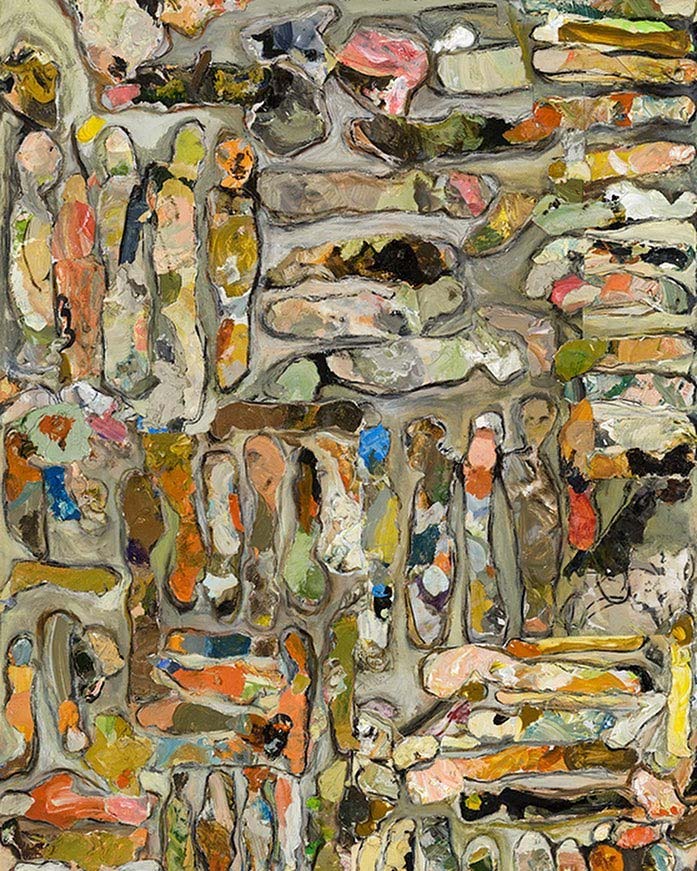 She knows her art history. Through painting she found how to unite what is always opposed: the abstract and the representational. As if recreating with each work the path leading from daubing to painting, she works on pieces of abstraction, uniting of colours as if spreading her painter’s palette on the paper. Then, to break through what is meant to be insurmountable, she uses again something from the infancy of art: decoupage. Too often, the use of the term “collage” erases this first act. That is perhaps because we cut out following the pre-established contours of a shape or object on which nothing has yet been worked. Simone Fick cuts out her own painting, but as opposed to Matisse and his stylized lines, her cut-outs seem to hesitate, tortuous, when she contorts a touch of paint from which she does not want to amputate the figure for this touch will be its flesh; she takes into account the paint from which she removes what she calls “strips” as well as the minimum requirements of representation. For the background of her paintings, Simon Fick paints directly on the paper where the cut-outs will be placed: these backgrounds are painted with broad brushstrokes, with just one layer it appears, which contrasts with the complexity and thickness of paint of the figures. Even if these figures have no faces, only heads, this contrast allows us to sense a density in the human presence, a density increased by the enigma of the scenes she composes and that deprive us of any reassuring knowledge.