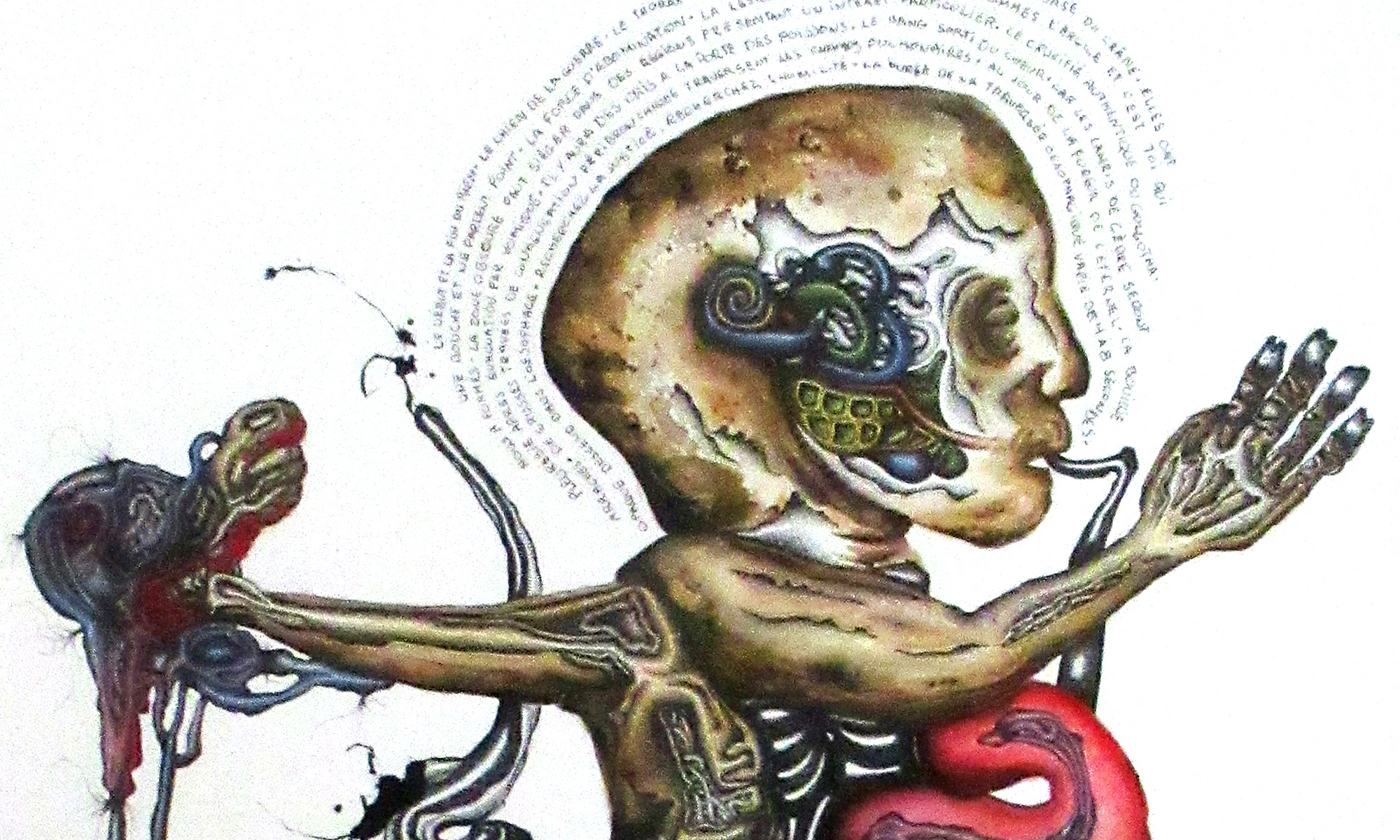 Born in Saint Henri, a working class neighbourhood of Montreal, art was not a given in Sylvain Martel’s childhood. Yet he has no memory of himself without drawing. At age twenty, discovering the works of Francis Bacon in a book, he was determined to make drawing his life in his time off from the tee-shirt factory where he still worked. He taught himself painting and drawing, as well as literature, philosophy, and music, not to mention theatre and film. Anger informed his choices and is present in all his drawings. After Bacon, Dado and Rebeyrolle were the painters in whom he recognized something of himself. Then came Fred Deux whose work with stains inspired him.

For thirty years, he did not draw with broad pencil strokes, but with thousands of dots and lines resembling engravings. Even if his shouting heads with their huge jaws remind us of some cartoonists and caricaturists, the minute detail and radical rage are his own. A pointillist monk working in the shadows while an archer takes aim at us.