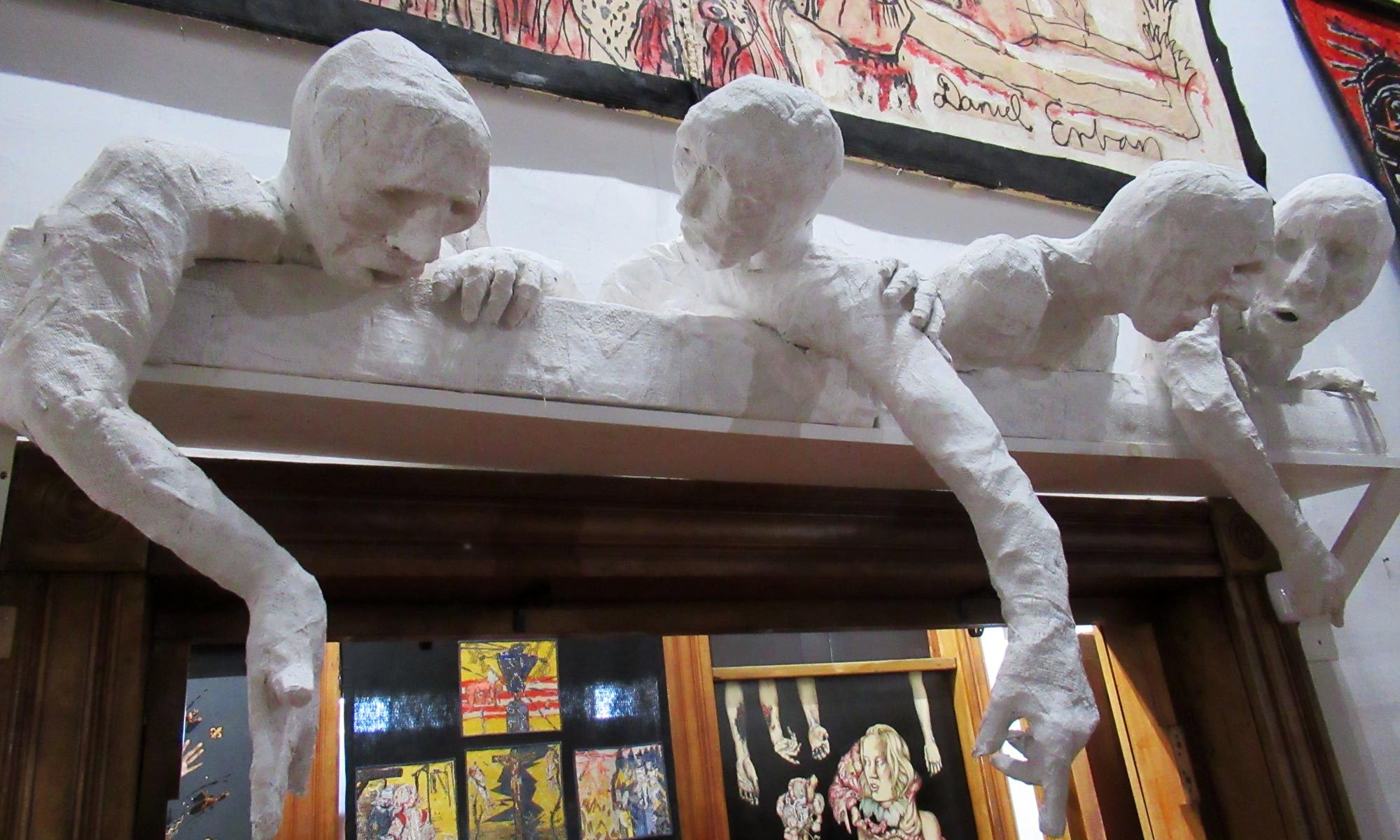 Sylviane Joubert was born in Mexico City and arrived in Montreal in her early twenties. Perhaps she inherited manual dexterity from her French ancestors, shepherds who spun and wove wool. She was most assuredly influenced by Mexico’s porous line between folk art and sophisticated art. While making plaster toys for her grandchildren, the desire arose to sculpt with that material. First she was inspired by Trump’s wall. She perched migrants atop the wall from where they looked at the US; they converse among themselves, pointing fingers at things, a bit alarmed, and nothing indicates to us what they will decide. They remain suspended, on the border, like the museum itself. Other figures will follow, always covered in strips of plaster fabric, with children’s bodies, but with the heads, hands, and feet of an adult. Sylviane Joubert’s adult children figures reflect back to us our surprise and distress and bring us irresistibly close to them to listen to what they say about us.